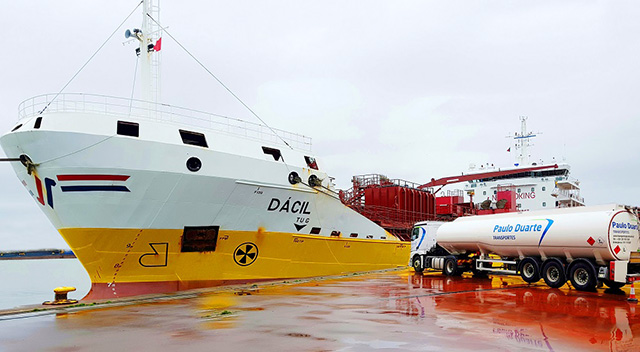 DISA Group subsidiaries PRIO and Petrogas have partnered to carry out a green marine biofuel bunkering operation.
The operation involved shipping distribution company Petrogas’s MT Dácil being fuelled with PRIO’s green marine biofuel, Eco Bunkers, by truck.
As previously reported, Eco Bunkers, which was developed by developed by PRIO at its Aveiro Biofuel Plant, was launched in November 2020. According to the biofuels producer, the fuel is the first green marine fuel in the Iberian Peninsula.
Eco Bunkers has a 15% biodiesel incorporation and is developed from residual raw material recycling processes that allows a reduction of up to 18% in CO2 emissions, and a reduction in consumption of around 5%.