Argentinian companies that will export biodiesel without tariffs to EU 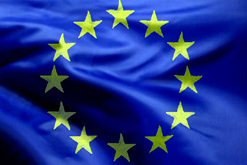 Aceitera General Deheza, Bunge Argentina, LDC Argentina, Molinos Agro, Oleaginosa Moreno Hermanos, Vicentin, Cargill and COFCO Internacional Argentina.
These are the eight companies that, in an agreement between the European Union with them and the Argentinian Chamber of Biofuels (Carbio), will be allowed to export certain amounts of biodiesel free of antidumping taxes.

In return, Argentinian exporters fixed a minimum import price, in order to fulfill the commitments.

The European Commission (EC) establishes some conditions on this price. Although it is not mentioned, it is linked to the monthly average soybean oil price (raw material with which the Argentine biodiesel is produced) published by the Ministry of Agriculture by the Government of Argentina.

The EC is more explicit about the annual volume of imports, which should not exceed 10 percent of the average annual consumption in the EU between 2014 and 2017. The amount is roughly 1.2 million tonnes per year. Any figure above it will be considered as a threat of material injury to the EU industry, so it pretends not to harm its overall results.

The EC concludes that the Government of Argentina adopted a series of measures with the pre-established target to reduce domestic (soybean) prices while in the international context they were increasing it, for the benefit of Argentina’s national added value industry, including biodiesel.

Tags:
Prev Story Peninsula Petroleum already operates in La Luz Next Story Indukern sells its Industrial Chemical division to the German Stockmeier Group
what will you read next?