SHELL GETS A LICENSE FOR STS LNG SUPPLY IN BARCELONA 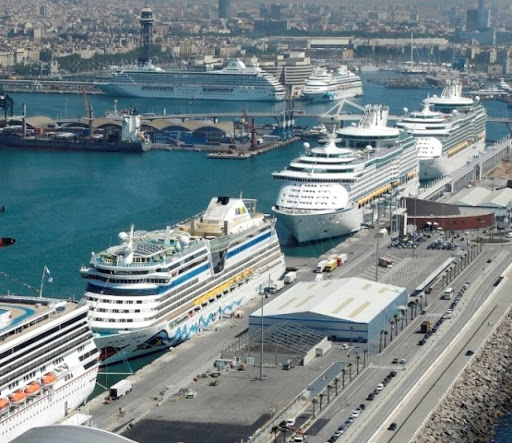 Barcelona Port Authority (APB) has granted Shell España, SA a provisional license for one year to provide the LNG service in the ship-to-ship mode in the Catalan port.
Shell has been conducting operations to supply liquefied natural gas (LNG) to cruise ships in the ports of Barcelona and Tenerife and one of the pioneer companies in the supply of LNG to ships of various kinds: container ships, ferries , tankers or cruise ships, among others. These operations will be carried out with the supply vessels “Cardissa” (last generation built in 2017) and “Coral Methane” (2009) with a capacity of around 6,500 m3 and 7,500 m2 respectively.

Barcelona concentrates 60% of ship-to-ship LNG bunkering
The port of Barcelona carried out a total of 18 STS LNG bunkering operations, which represent the 60% of this kind of operations carried out in Spain, being 37,200 m3 of LNG from the 81,704 m3 which were supplied in all the Spanish ports. Besides those 18 STS, 5 truck-to-ship supplies, totalling 400 m3, have to be added. According to this, Barcelona counted almost the half (46%) of LNG supplies in Spain last year.
Most of the supplies were performed to cruise ships which regularly call Barcelona, which has become the main hub in the Mediterranean being fully equipped with all the required facilities to supply LNG.

Tags:
Prev Story INNOVATIVE SEWAGE TREATMENT PLANT AT LA LUZ Next Story ENDESA PLANS TO COMMENCE BUNKERING LNG IN ALGECIRAS IN 2021
what will you read next?

BUNKERING
NATURGY GETS ANOTHER CONTRACT FOR BUNKERING IN SPAIN
Read Article

NATURGY GETS ANOTHER CONTRACT FOR BUNKERING IN SPAIN

ENAGÁS AND BP TEAM UP

Enagás and BP Oil España have signed an agreement under which Scale Gas, Enagás’ subsidiary, will develop points of sale of liquefied natural gas (LNG) and compressed natural gas (CNG) in the network

CLH has entered into agreement with Inter Pipeline Ltd to acquire the liquid product storage facilities of its subsidiary, Inter Terminals (ITL), in the United Kingdom, Ireland, Germany and the