The Spanish Government priories to find oil and gas in Spain 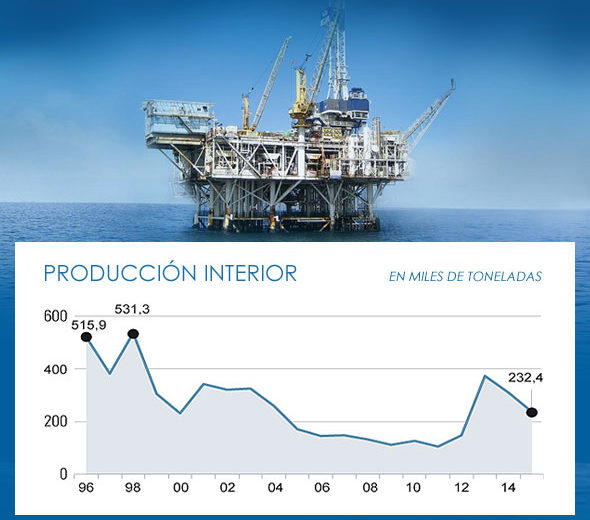 The Spanish Government remains firmly committed to find and extract oil and gas in the Spanish territory.

This report warns about the external dependency on oil consumption and advocates “promoting research and exploitation of oil fields and designing of feasibility plans for the extraction of these resources in the territory in environmentally appropriate conditions “.

The data handled by the Strategic Reserves Corporation, known by the acronym of Cores, show that Spain imported oil 99.5% and 99.8% of gas consumed in 2015. Against this background, there are only 40 existing permits granted by the State Administration for exploration in Spanish territory, both gas and oil, according to figures collected by the Ministry of Industry, Energy and Tourism. Among the companies that have that authorization, Repsol leads the list, through its subsidiary Ripsa survey, which has granted 19 licenses. Followed by the public company Hidrocarburos de Euskadi (SHESA) under the Basque Energy Board and the Basque Government, with 12 permits.

By other side, since 2014, several companies began to decline their commitments with the Public Administration for the extraction of oil and gas. This been told, it is worthy to point out that the ways to request the approval of a survey project are different, but also are different  the criteria of the Administration to authorize them. Both, the State and the autonomous communities, have legitimacy for granting permits, which delays the formalities.

The Heritage Petroleum company applied for a license to research on Matallana de Torio and Guardo fields and is waiting for more than 10 years for an answer.

Tags: fields, gas, oil
Prev Story No palm oil used to make biodiesel in UK Next Story Health updates the list of goods subject to border control
what will you read next?